Not Just A Number

Written from an interview with Kara Slick Majewski

When my son Johnny was in elementary school, his friends invited him to Seacoast. He asked me to go with him. So I did, but the church was so big! I felt overwhelmed. Going to The Chapel was easier, at least a little more like what I was used to growing up. Because of Johnny, I went…and continued to go, although I never filled out a connect card or really got involved.

But I loved the preaching…and it was one of Pastor Greg’s sermons early on that really stuck with me and with Johnny. I remember Pastor Greg saying, “Do good, be good. Never quit.”

And that became our mantra. A pact between Johnny and me. We would say it at night during prayers and I would write it on notes for his lunch. Do good, be good. Never quit. Johnny and I were super close. I was a single mom and he was my only child. Johnny’s dad and I had divorced when he was 3, although it was amicable even in co-parenting.

“But I wasn’t just a number. Not at all. They were there for me through it all…

At age 13, when it was announced that they’d be doing baptisms, Johnny leaned over to me and said he wanted to be baptized. He didn’t want to wait. He wanted to do it right then. And he did. I was so proud of him.

For Johnny, the size of the church was never an issue, but for me, I would go through periods where I was once again considering going somewhere smaller.

One Sunday in the summer of 2016, I sat in the Worship Center thinking: The church feels too big. They probably don’t even recognize me. They don’t know I exist. I’m just a number.

But that very week my fifteen-year-old son, my Johnny, died traumatically. Honestly I don’t remember a lot about that time, and a lot of it has been pieced together for me, but I do remember the EMTs asking if I had a church home. I said Seacoast. Next thing I knew, Pastor Josh Surratt and Pastor Michael Morris were in my house, standing with me, praying for me, and they did not leave my side. I couldn’t believe they’d come. I said to Josh, “I never filled out a card. Not for years. I thought I was a number. That you wouldn’t know me.” 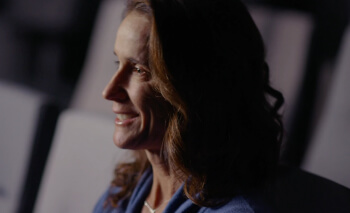 “But I wasn’t just a number. Not at all. They were there for me through it all…and they held a beautiful funeral service for Johnny where Pastor Michael spoke and Tara Banks sang, and over a thousand people came.” I know firsthand that the people here at Seacoast value you as a person. They see you. They’ve helped me grab onto my faith—and that’s what has saved me. My faith and trust in God and the people he has placed in my life.

I started a local nonprofit to honor my son and the pact between us: “Do good, be good, and never quit.” He led his life following those inspiring words and I know he’d want to help others do the same. I’m thankful for the years I had with Johnny and I’m still trusting that the Lord has a plan for me—one that is better than what I could ever imagine.

Look for Kara’s full story in the 2019 Sisterhood Magazine at the Chosen Women’s Conference.