Seacoast Church began in an apartment clubhouse with 65 people in February of 1988. The vision was to reach the unchurched people of the Charleston area by building a church that spoke the language of the modern culture. It was to be a place where non-believers were encouraged to investigate Christianity at their own pace. Unlike traditional churches, Seacoast wanted to approach the historical Christian faith in a contemporary, unconventional way. It did so by creating a seeker-sensitive atmosphere that aimed to welcome all people, no matter where they were in their spiritual journey. 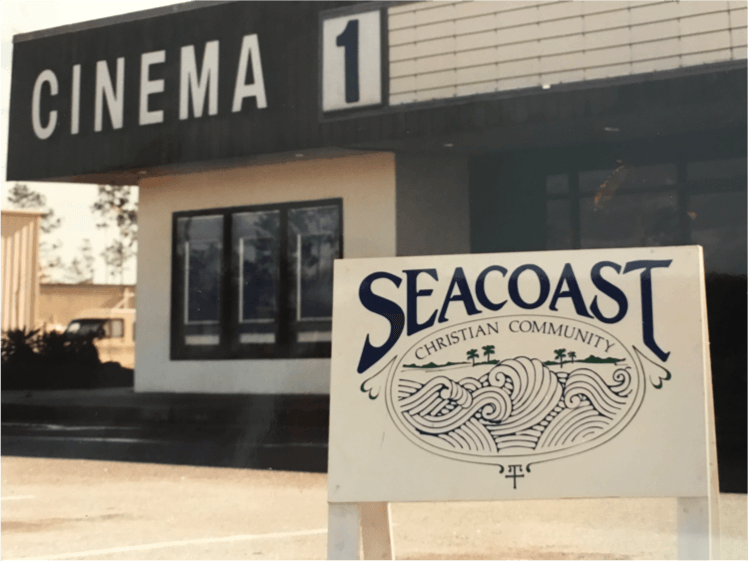 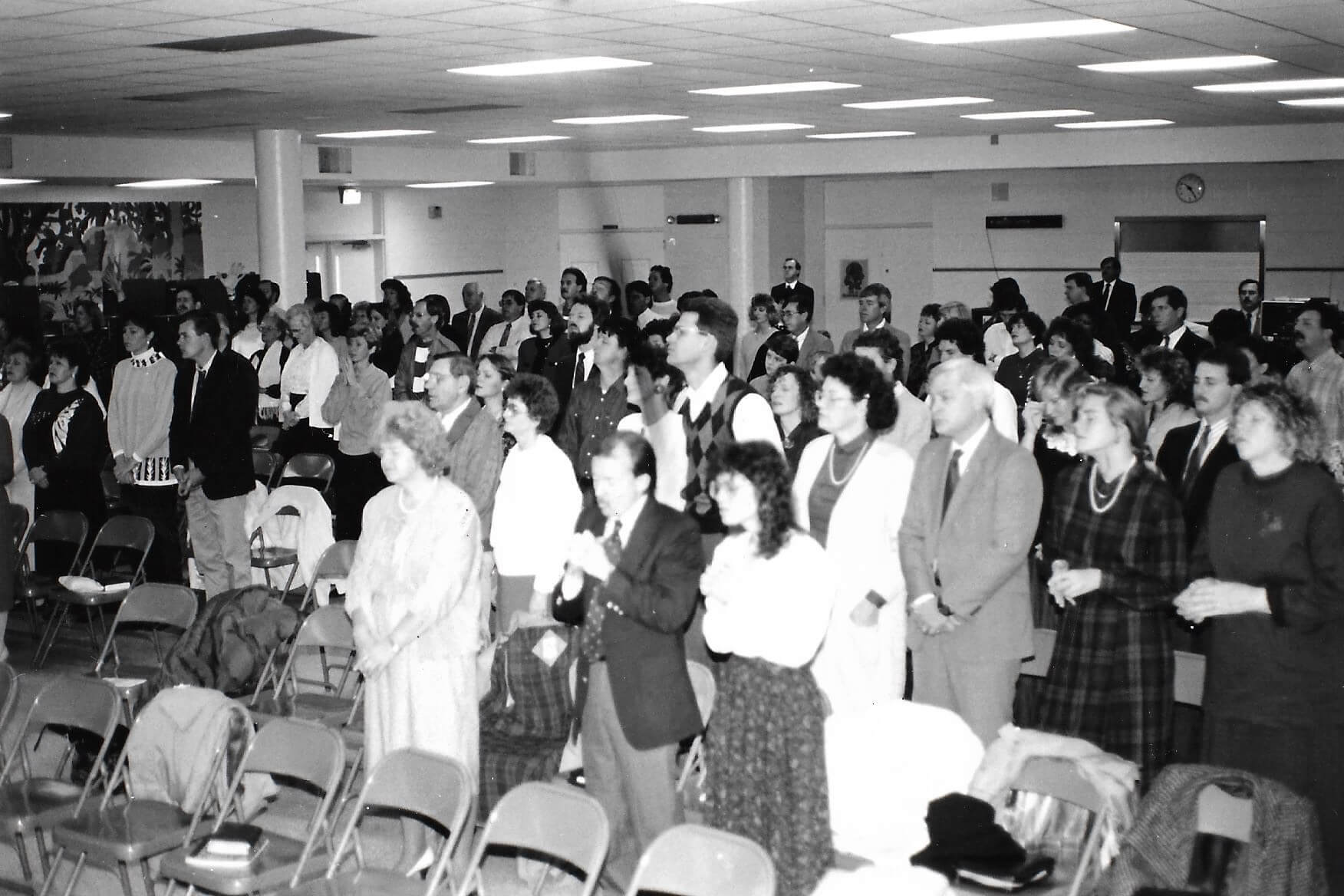 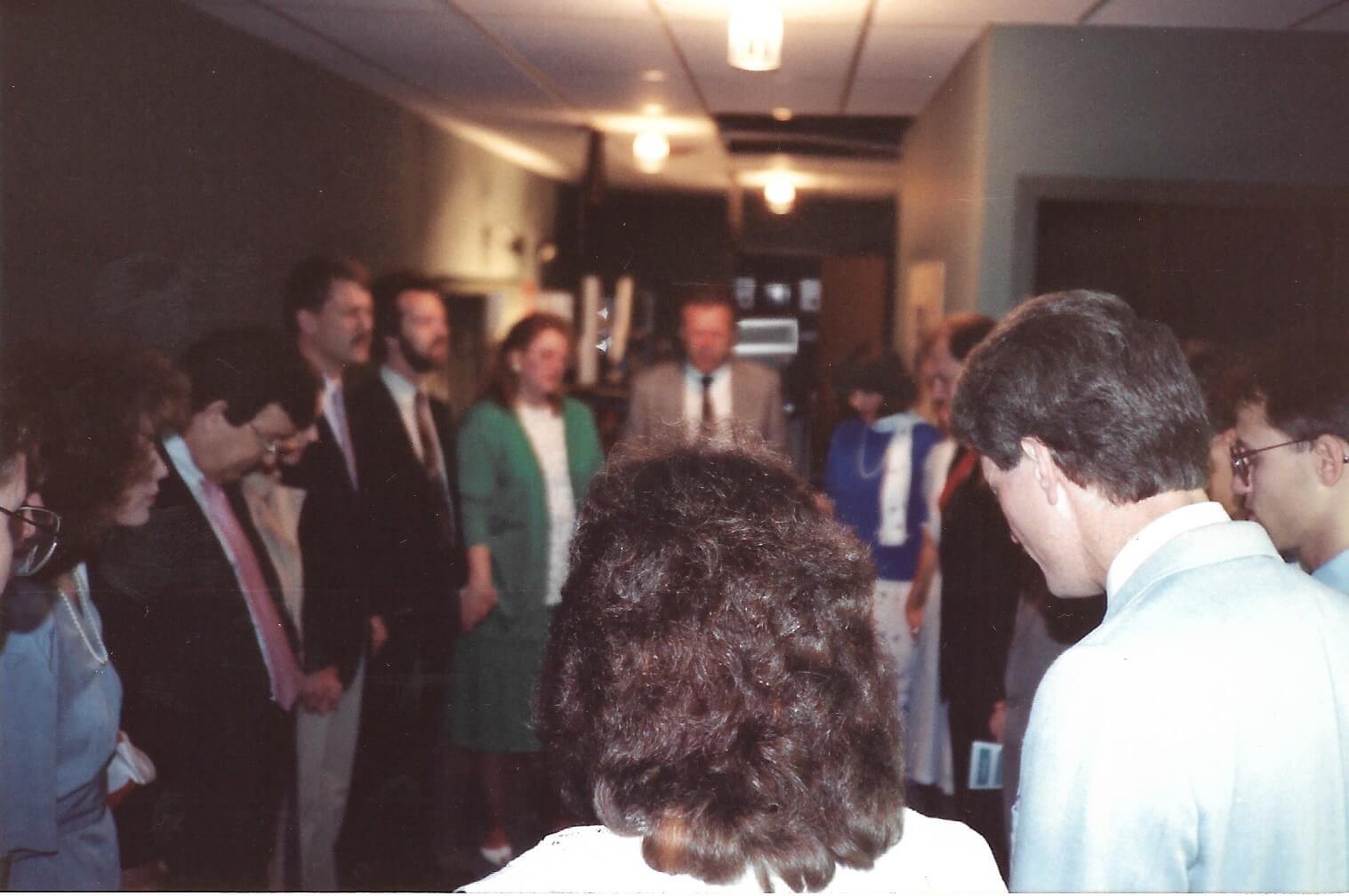 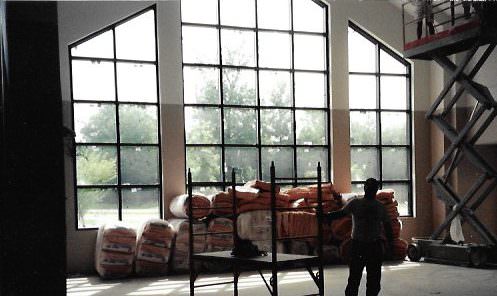 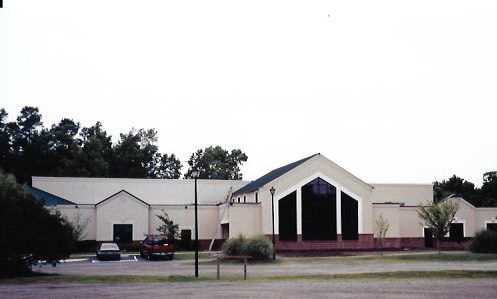 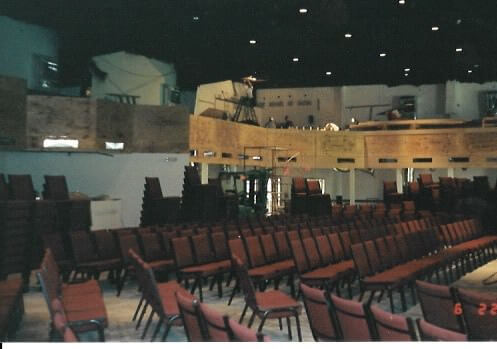 While Seacoast’s unorthodox “seeker-sensitive” approach was considered somewhat radical at the time, the church continued to grow. Over the next two years, the growing congregation jumped from facility to facility as a set-up and tear-down church, even using four different buildings for services at one point. Seacoast finally settled under one roof in an elementary school. In 1989, the church rallied to buy 14-acres of property in Mount Pleasant, a small suburb of Charleston. Its first permanent auditorium opened in November of 1991. Soon, a second service was added, followed by a third, and eventually a Saturday evening service was also needed to accommodate the growing numbers. By 1999, Seacoast was in desperate need of additional space, so the original auditorium was expanded to accommodate 1,350 guests.

Seacoast’s Founding Pastor, Greg Surratt, felt strongly that every community deserved a life-giving church. He believed God was calling Seacoast to be a part of an effort to plant 2,000 churches worldwide, and in the year 2000 he shared this conviction with the church. This vision eventually led Pastor Greg and five friends to found the Association of Related Churches (ARC). Initially, ARC planted a few churches each year, but by 2016 an average of 75 new churches were being planted annually. Currently, ARC trains and coaches hundreds of church planters each year and has planted over 600 churches around the globe. ARC has now become a worldwide movement that remains committed to seeing Pastor Greg’s original vision of 2,000 churches planted worldwide. 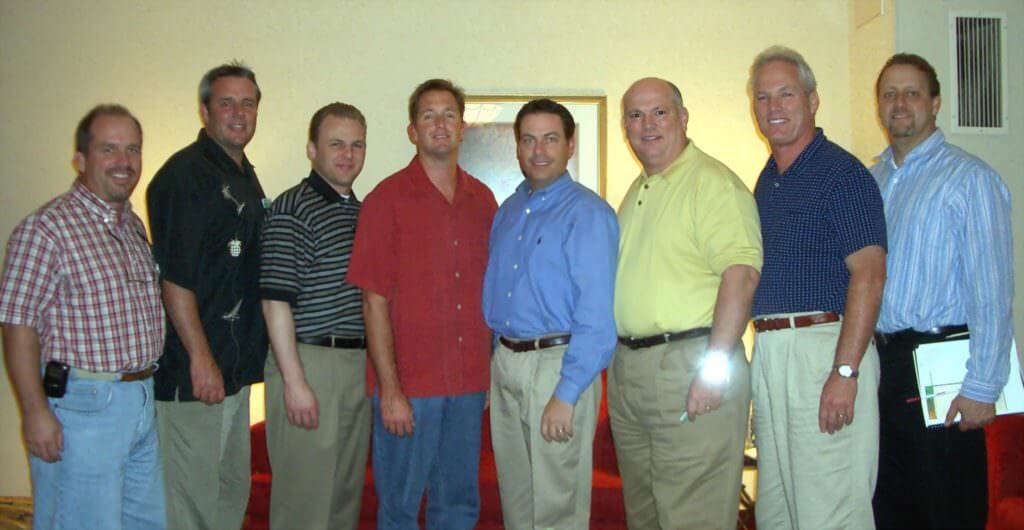 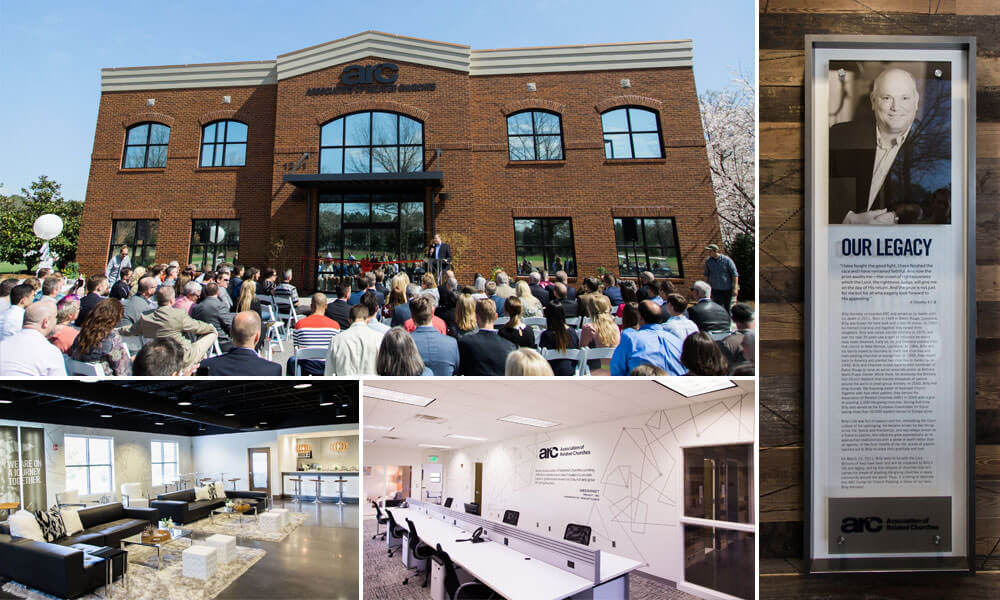 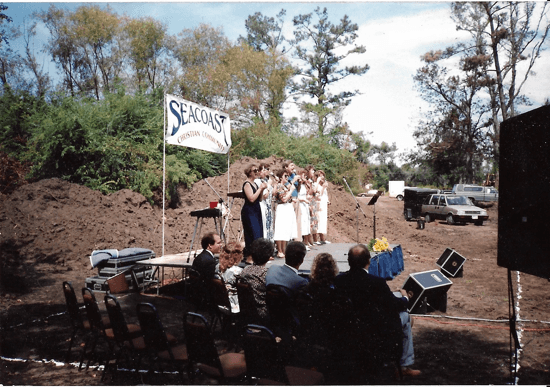 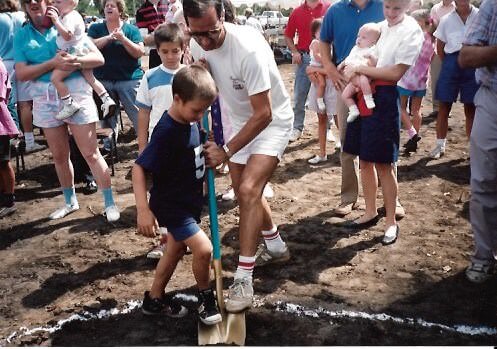 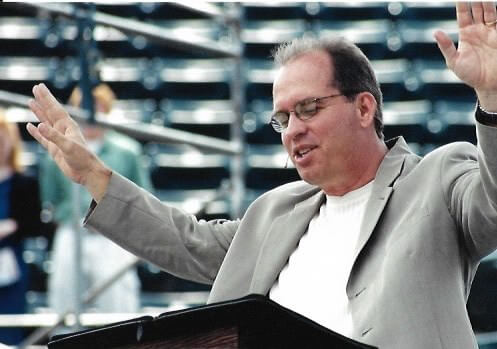 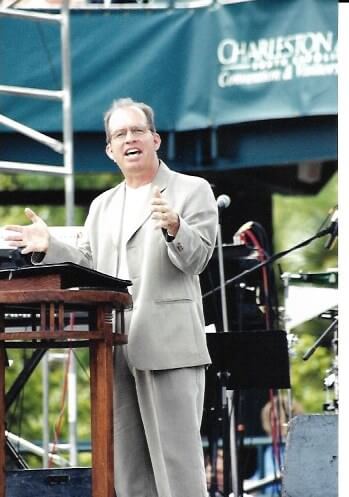 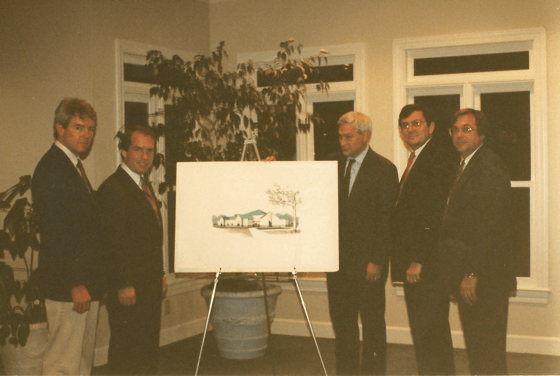 By 2002, Seacoast was experiencing serious capacity issues. Local officials denied Seacoast’s request to expand its facilities, forcing Seacoast leadership to get creative. Rather than add yet another service to the weekend, the church decided to rent space at a nearby off-site location and began offering services that featured live worship followed by a pre-recorded sermon. The surprise success of this initial “satellite campus,” which was called the Annex, led Seacoast to launch additional satellite locations throughout the Charleston area. Now with 13 locations including campuses in South Carolina, North Carolina, and online, Seacoast is known for being one of the primary pioneers of the “multi-site” approach to doing church.

In 2006, Seacoast’s Mount Pleasant campus found itself at maximum capacity yet again. The solution was to launch the Possibilities Center, which offered much-needed expanded children and youth facilities, as well as two new on-site worship venues: the Chapel and the Warehouse. Now with a total of three worship venues offering simultaneous services, Seacoast was able to once again creatively solve its capacity issue.

As the church was being physically expanded and developed, the content of the service was also under construction. In the summer of 2006, Pastor Greg introduced a new element to the Seacoast service, called “Response Time”. One of the most distinctive features of Seacoast’s worship, Response Time is an opportunity near the end of every service for people to respond to God by reflecting on two questions: “What is God saying to you?” and “What are you going to do about it?” Response Time offers several ways to outwardly respond to God by giving people the chance to either write down their response and pin it to the cross, take communion, visit a prayer team to receive prayer, or light a candle as an act of prayer at a candle lighting station.

With a continuing desire to impact the local community, Seacoast turned its focus to North Charleston, which at the time was nationally ranked as one of the most dangerous cities in America. In 2007, Seacoast opened the Dream Center in the heart of North Charleston. The Dream Center offered emergency food assistance, free medical care, clothing, high school mentoring, neighborhood outreach programs, and much more. Since its opening, crime has fallen more than 75% in the areas where the Dream Center Adopt-a-Block program is active and the high school graduation rate has dramatically improved. 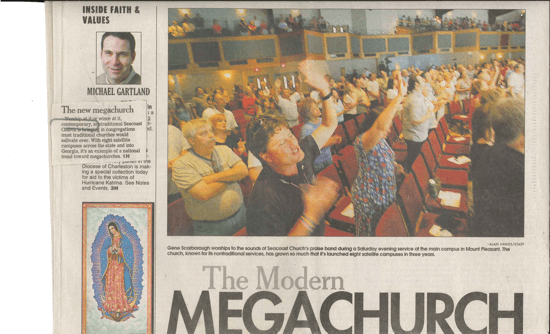 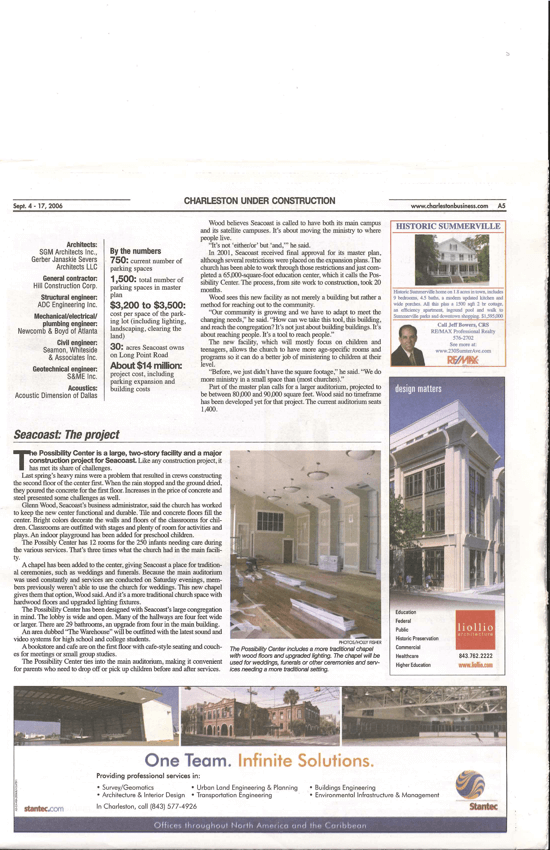 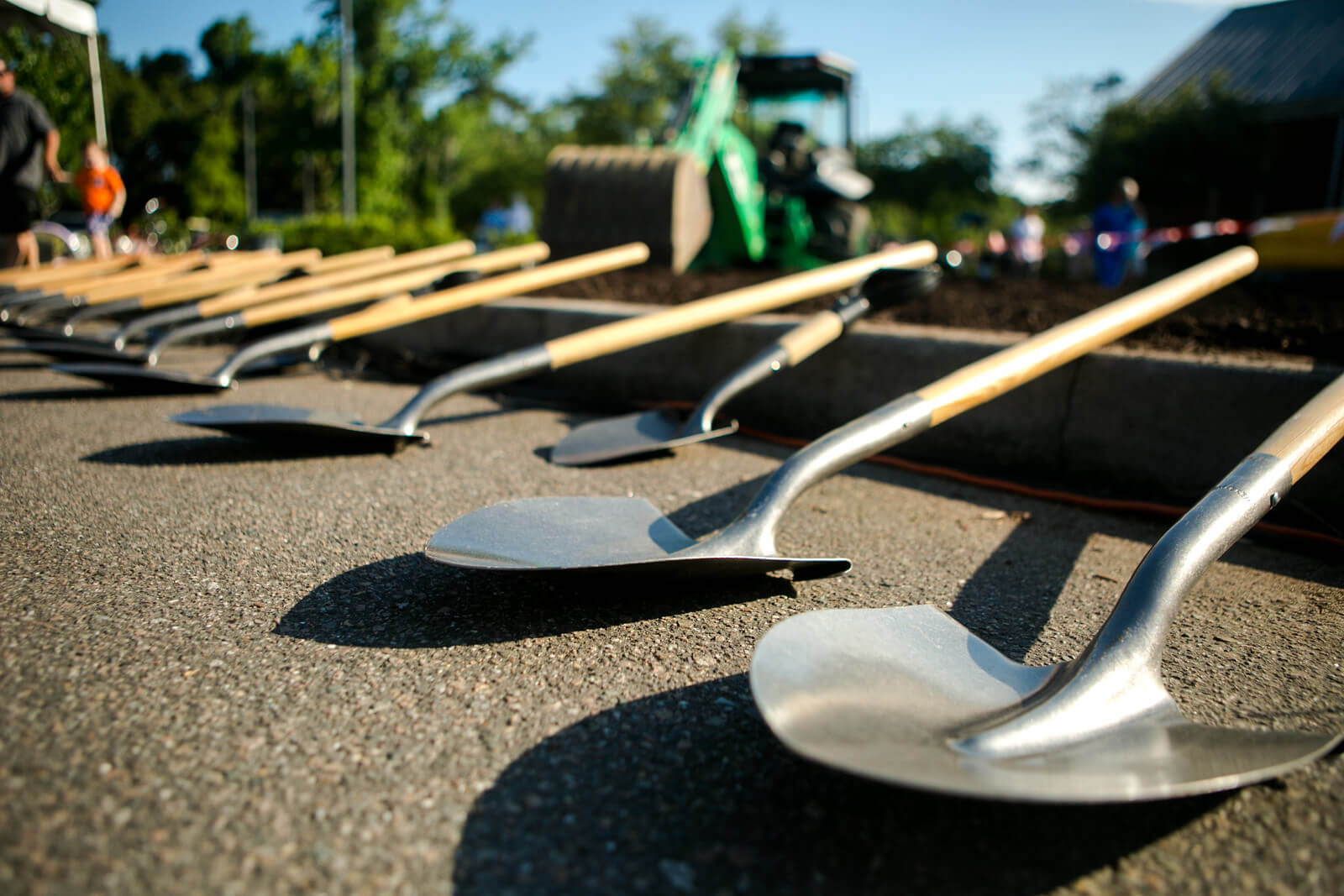 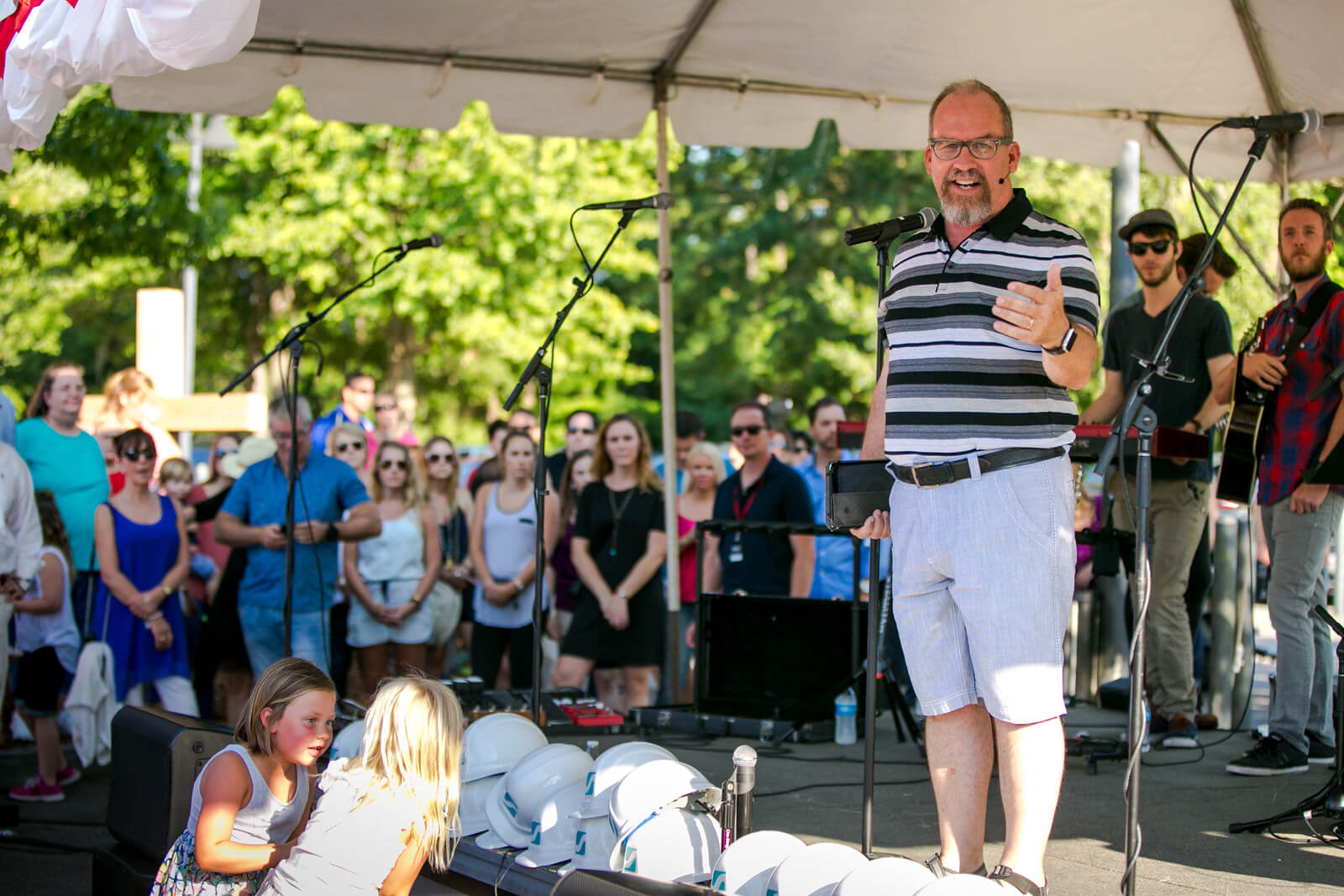 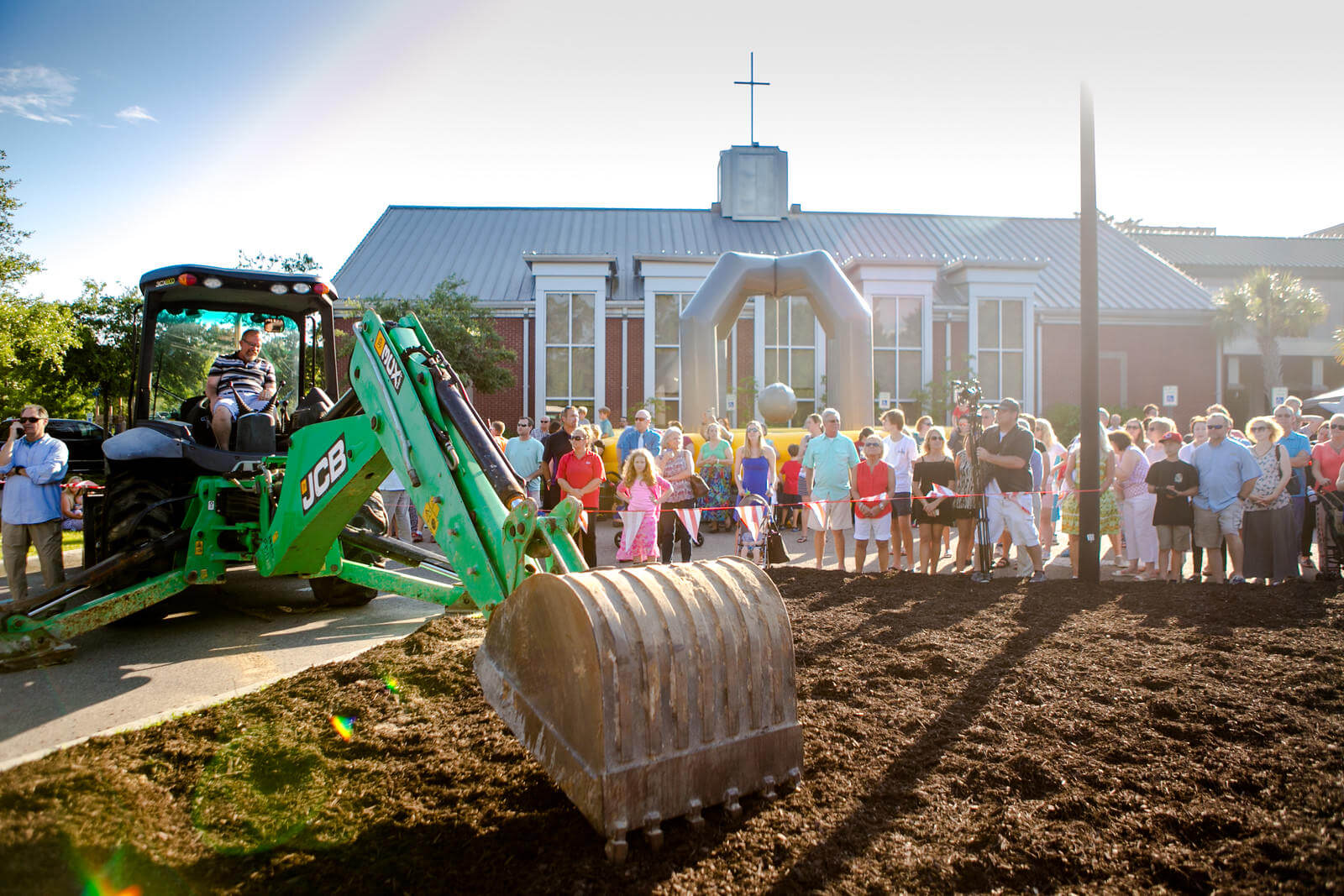 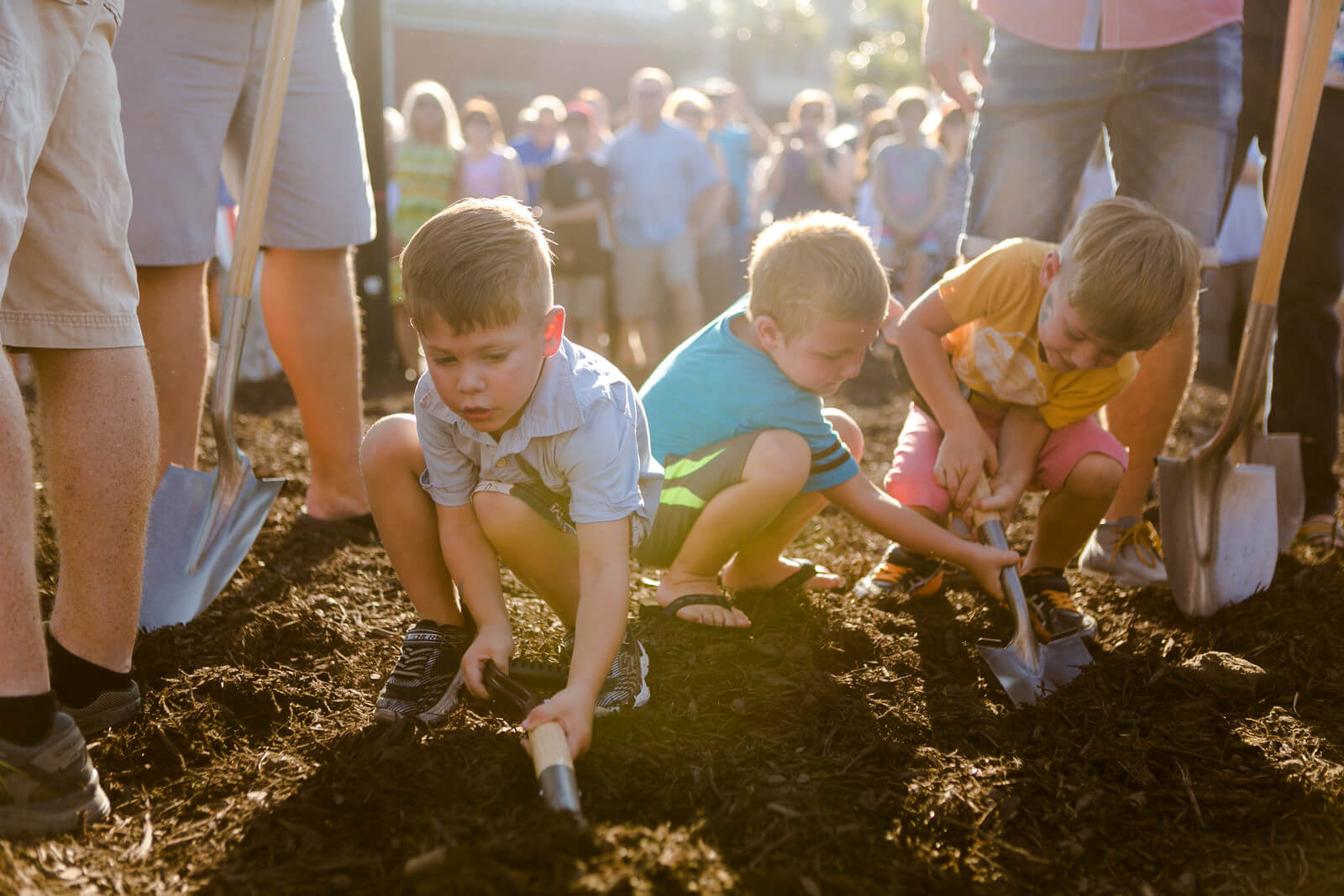 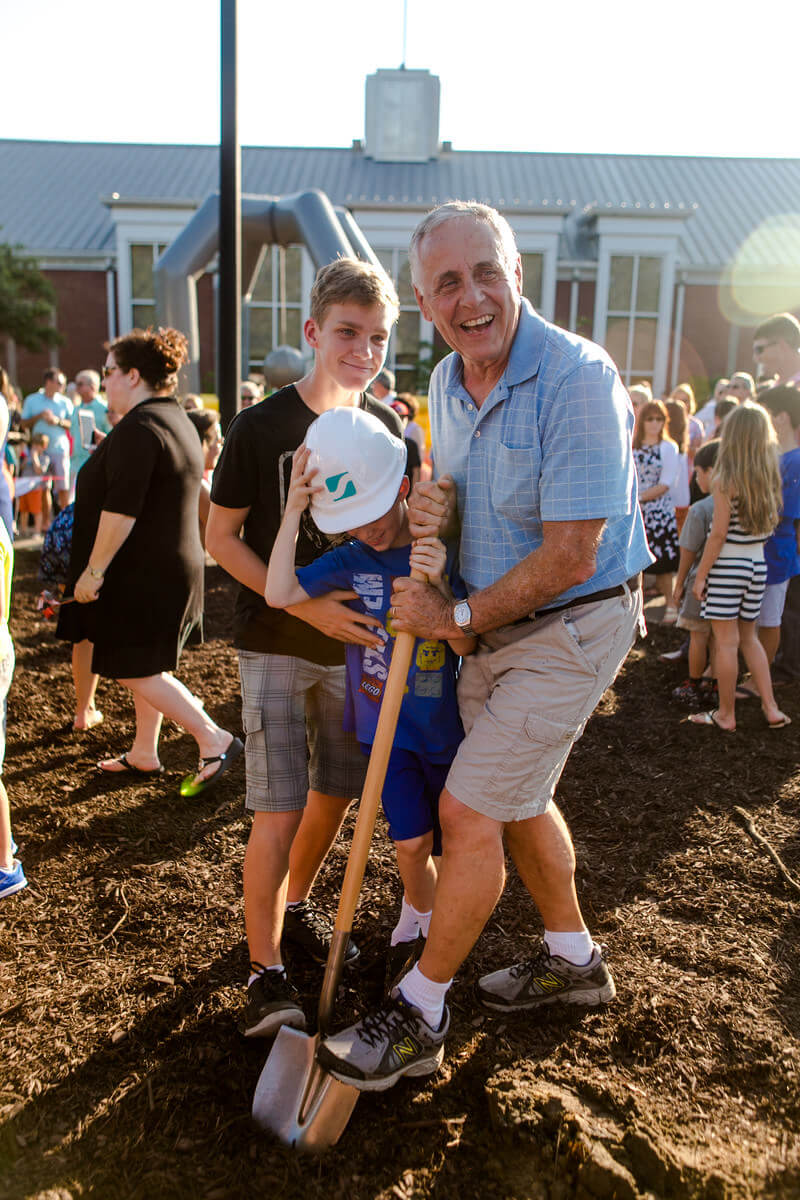 Seacoast held its first Chosen Women’s Conference in 2012. The conference soon began to sell out, and by 2016 it had to be split into two separate weekends in order to accommodate all of the attendees. It is now a staple in the women’s conference world, with women traveling from all over the country each year to attend.

Also in 2012, Seacoast launched its own recording label, Seacoast Music. That same year, Seacoast Music released its first EP, Strong to Rescue, which was followed by several full albums in the following years such as a live album, three Christmas albums, and four singles. In 2016, Seacoast Music established a partnership with Dream Records and released its LIVE Deluxe album. A year later, one of Seacoast Music’s originals, “Believe”, was featured on the soundtrack for the film, Case For Christ.

In 2013, Seacoast held its first Unite Marriage Conference. Hundreds of couples from across the country attended, gaining practical tools for strengthening their marriages while enjoying a fun-filled date weekend. Held in Charleston, South Carolina, which has been repeatedly named the Number One City in America by Conde Nast and Travel + Leisure magazine, the Unite Marriage Conference gives couples some much-needed time away to focus on their relationship.

The year 2013 marked a major milestone for Seacoast as it celebrated its 25th anniversary. A special celebration service was held to commemorate, with Pastors Greg and Josh Surratt reflecting on the church’s most defining moments.

By 2015, the Mount Pleasant campus was once again experiencing debilitating capacity issues. At the end of the year, Pastor Greg announced the kick-off of the Imagine Campaign, a two-year initiative to build a new 2,400 seat sanctuary and renovate all of the existing Mount Pleasant facilities.

In 2019, as a result of the amazing generosity of so many people, we moved into an astonishing state-of-the-art worship center where we will be able to reach more people than ever and expand our impact exponentially. Whether you’ve been with us since the beginning, or your story is starting today – Welcome Home. 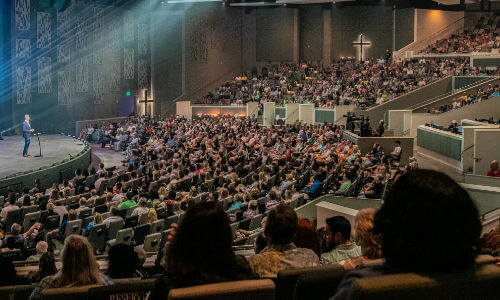 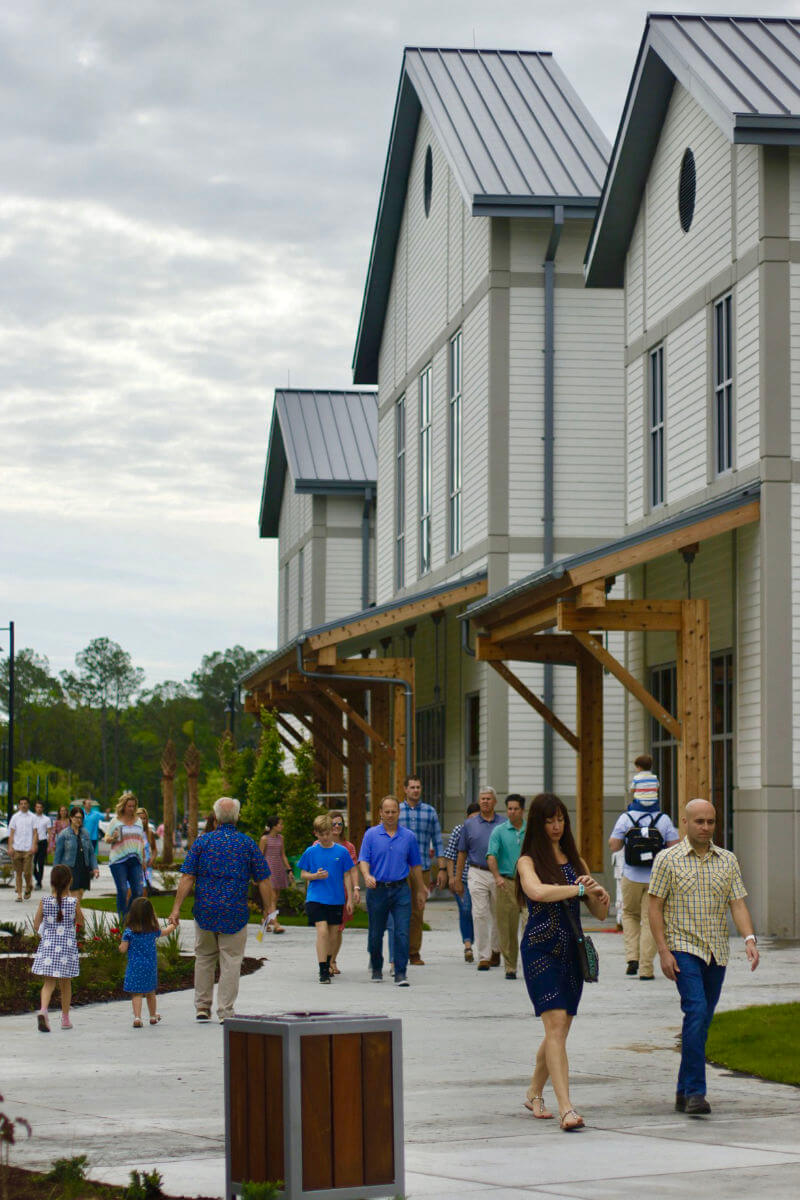