A Lot More Than Water

However long we’ve stayed away, God never gives up on us. This past winter, two men with very different stories found their own unique ways back to God.

One Simple But Life-Changing Decision

After the accident, Henry’s multiple surgeries kept him at home, convalescing on James Island for weeks. Accustomed to the energetic lifestyle of a salesman and workaholic, he felt disconnected and alone.

Visiting Seacoast’s online campus one Sunday, Henry set into motion something that would change his life. Intrigued when Pastor Josh Walters announced all-campus baptisms that weekend, Henry began asking questions in the chat section of the website that Seacoast Online Coordinator Bill Rinehart was happy to answer—before asking a couple of his own. “What are you doing right now? Can you be in Mount Pleasant by noon for baptism?”

Henry debated. He didn’t feel well. But he couldn’t bring himself to dismiss the invitation. 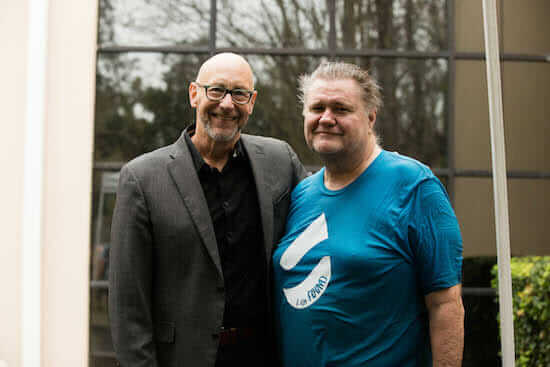 Henry watched Church Online at home, and then drove to the Mount Pleasant campus that morning, to get baptized. Church Online Coordinator, Bill Reinhart, celebrated with Henry following the baptism.

“When I got there,” Henry said, “I realized baptism at Seacoast meant immersion, not just sprinkles like my baptism as a baby. But this time was my choice to join God’s family. The whole experience had a major impact on me.”

Henry had no idea that his testimony would also affect someone else—just at the right time.

The following week, Henry attended Inside Track—Seacoast’s course to learn about the church and get connected. As he shared his testimony about his impromptu baptism, a man named John spoke up, “Me, too! I want to get baptized. Today.”

God had been working on John for a long time. Although baptized into the Greek Orthodox Church at age 10, John had become an atheist over the course of his fifty-some years. But recently he’d been feeling uneasy, the subject of God coming up repeatedly.

Not long after John had moved to the East Coast from Los Angeles, a friend invited him to church, and he’d given a flat “No.” But then he’d found himself watching church on television and texting the same friend he’d turned down. 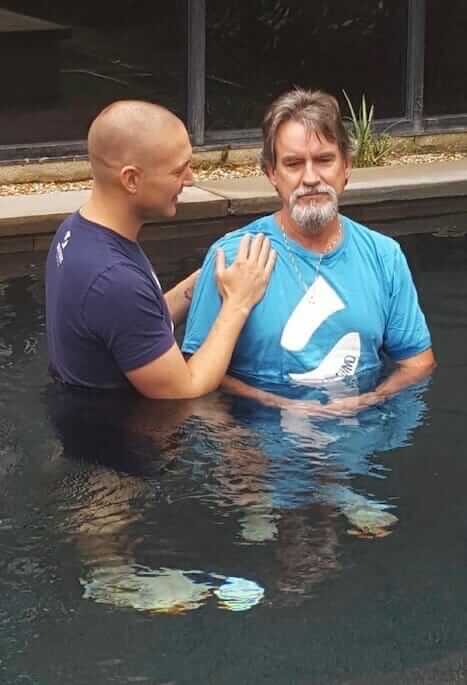 John sensed God’s timing during an Inside Track session, and made the decision to get baptized that day.

He decided to give Seacoast a try. “The 8:30 am service, I could make that,” John said. “I stayed in the church café. It was a first step. Seacoast was doing the Shift series and I remember Pastor Josh Surratt saying to ‘Just focus on first gear.’ So that’s what I did. But I wasn’t sure how to go about things, so it was crazy that a woman in the café came up, asking if I used YouVersion, the Bible app. I do now. She also suggested a devotional.”

The following week, John heard Henry’s testimony at Inside Track. “I knew it was time for me, too.” Several of John’s new friends—including Henry—celebrated his baptism and recommitment to Christ. “Seacoast even heated up the baptismal pool just for me!”

Seacoast is on the Holy Spirit’s timetable. Whenever someone’s ready to take this incredibly important step of faith, we’re committed to making it happen.

“When I surrendered my life to Christ, it was the best feeling ever,” John said. “And the single most important decision I’ve made in my entire life. I’m not looking back. Not once.”

What about you? What next step do you need to take? Our next all-campus baptism is April 14-15.

Who might need your encouragement to make the decision that changes lives for eternity? Let’s all work together as part of God’s team.

“If we all do our one little thing well, God will turn it into something amazing.”

~ John Mark,  Henry and John’s table leader at Inside Track