We will all leave a legacy—and our choices will determine what kind.

Yvonne hadn’t been to church since age 11—and she hadn’t even liked it then. Now 27 years old and leaning on her cane, she made a choice, walking into Seacoast’s North Charleston campus on an Easter Sunday.

What Made Her Go?

Rewind a few months. Yvonne was drinking a gallon of vodka a day. Yes, a gallon. She would sit in the corner of her apartment in the dark and drink alone…before work…after work. She hid it well—even receiving awards of excellence at work.

“I used to pretend to go out with made-up friends,” Yvonne said, “so people wouldn’t recognize I had a problem.” In her teens, she’d discovered alcohol made it easier to talk to people—especially her mother.

“At the end of my mom’s shift at a restaurant bar, we’d meet up. It was our way of connecting.” And it was easier than asking: Why did you leave me as a child? After her parents divorced when she was six, Yvonne and her brothers lived with their father and grandfather.

“It wasn’t until I took my mom to a swim park in 2015 that I realized how skeletal she was. She had cirrhosis of the liver.” But Yvonne continued drinking. “I didn’t even visit her in hospice. I hardly remember her passing away that October. It was easier to think of nothing, to keep going lower.”

Yvonne became emaciated, herself. Her hair began to fall out and her gums to bleed. Her body slowly shut down.

A friend found Yvonne unconscious in her apartment. Hospitalized, she was diagnosed with alcohol neuropathy—a condition where the nerves that transmit signals between the body, the spinal cord, and the brain become severely damaged by toxic levels of alcohol. While in the ICU, she had a heart attack.

“I coded out for over a minute,” Yvonne said. “My dad didn’t know I was an alcoholic until then. While the doctors were trying to save my life, the chaplain standing at his side had asked, ‘Do you believe in God?’ When my dad answered ‘yes’, he said I opened my eyes.”

Yvonne was in the hospital for two months. “I couldn’t walk. I could hardly move.” She suffered terrible alcohol withdrawals. Life became a blur of rehabilitation: physical therapy, speech therapy, and occupational therapy. “I called out for my mom. It was only then I really faced that she had died.”

“A group leader of mine first mentioned Seacoast. After all that had happened, I decided to try it. Maybe God did care.”

She went alone that Easter Sunday, relying heavily on her cane. “To be honest, I don’t remember a lot about the service. I just knew I wanted to come back.”

The campus pastor’s wife helped Yvonne get plugged into the Encourager program and find a lay counselor to talk to. “Soon, I started to serve in the food pantry and as a greeter.”

Yvonne’s workplace remained supportive, and she returned to her job. Blessedly, the nerve damage wasn’t permanent. In fact, a year after entering the church with a cane, she ran a half-marathon.

“Now I’m a Sisterhood table leader—which is funny because the first thing I said in meeting my friends was, ‘I don’t like women.’ I was used to being around men: my dad, my grandfather…my brothers. I didn’t trust women.”

Now Yvonne is in the Griefshare program and she serves as an E3 mentor at the Dream Center, helping tutor at-risk kids. 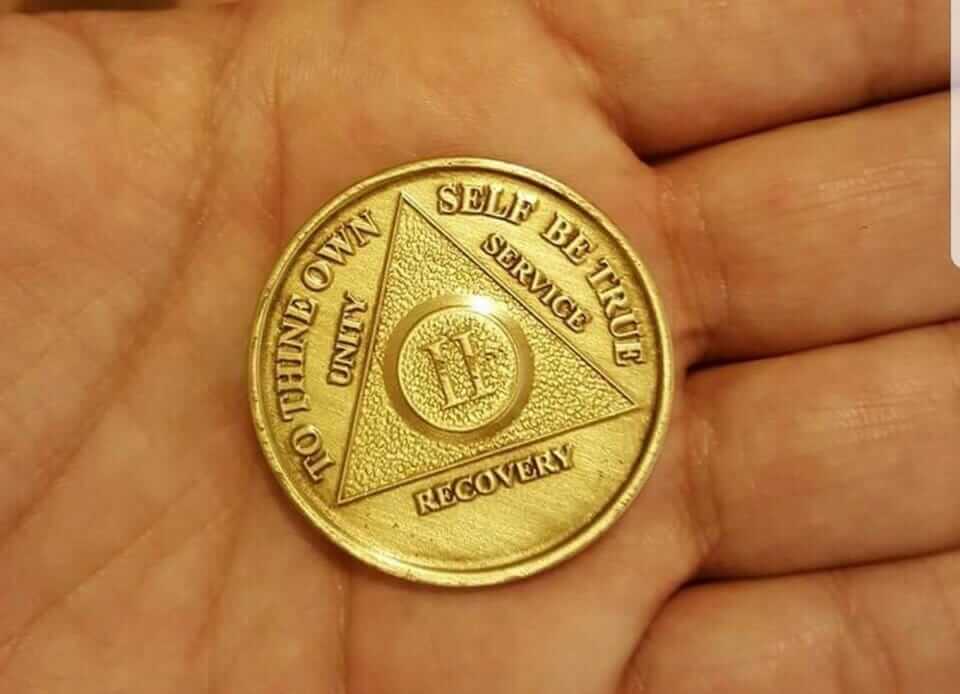 Yvonne holds her sobriety coin as a reminder to keep breaking the cycle.

“God used Seacoast to save my life. They treated me with respect. God gave me a second chance.” Yvonne recently celebrated two years of sobriety.

What about you? What legacy will you pass on? Where are your choices leading you? For more information, visit Seacoast’s support and recovery programs.

Leaving a Legacy That Matters