What a Snapshot Tells Us

Snapshots capture more than we’d like sometimes. They catch unflattering moments, our mouths open, or our eyes mid-blink. Yet some snapshots reveal far more. They capture things we might not take time to notice otherwise, or reevaluate things we accept without much thought.

We squint to take a closer look. And maybe then, our eyes go wide.

During the first round of Financial Peace University (FPU) classes this past September, we had over 7,400 people participate from all of our different campuses, including Piggy Bank University for elementary-age students and Generation Change for our middle and high schoolers. Many of our households filled out snapshot cards, which gave us a general sampling of the debt that might be weighing down participants across the campuses. The numbers represented both individuals’ and couples’ non-mortgage debt and number of credit cards.

(Warning: we suggest not letting anyone take your picture right now.) According to those who reported their current debts, Seacoasters participating in FPU have a combined $301 million of debtthat included school loans, credit cards, car loans, etc., but excluded home mortgages.

Becoming good stewards of our resources is critical for living a life of freedom, but it can be a difficult road—and definitely not one to take alone. That’s why we decided to pursue it together, first through the sermon series, “Live Like No One Else,” and invited Dave Ramsey to speak live at Seacoast. Then we held large-scale FPU courses at the church and in small groups all over town and online. We also realized that true change needed to start earlier—with the next generation. Our children’s ministry, Kidscoast, developed the Piggy Bank University curriculum and the Custom Student ministry hosted their version of FPU, Generation Change.

We’re still collecting stories and stats from those who have completed the FPU course this fall and will begin celebrating those successes in early January at every Seacoast campus.

John 10:10 says that Jesus came that we might have an abundant life. But we can’t live abundantly if we are tangled in debt or mismanaging the resources that God has entrusted to us. There are over 2,500 verses in the Bible that instruct us on how to handle money—and Seacoast started FPU as a church to study exactly what God’s Word says on the matter. Being good stewards means having a plan and a purpose for everything God entrusts to us. Here’s an example of a young couple who took that to heart:

The Weight of Loans​

School loans weigh heavily on young couples just starting out. Jan and Kevin graduated from college outside Boston with a school-loan debt of $55,000. After getting married, they moved to Charleston. At the time, Jan thought it was just normal to carry debt along with them.

But when Kevin started working at Water Mission, a non-profit, he took his first trip to Haiti. With a heart for global missions, Kevin realized that he and Jan couldn’t go together on efforts like this because they had so much debt. It limited their options and their freedom to say yes to opportunities that could be life-changing.

This thought sparked Kevin to pick up Dave Ramsey’s book, The Total Money Makeover. “We asked ourselves,” Jan said, “‘how can we pay this off?’ Especially since I had a random job that had nothing to do with my degree, and Kevin worked for a non-profit.”

Using Dave Ramsey’s debt snowball method, they began paying off small debts first and then chipping away at bigger ones. When friends suggested dinner out, they’d offer to meet up afterward. They kept a notebook detailing their diminishing debt down to the exact date they’d be done.

No discipline seems pleasant at the time, but painful. Later on, however, it produces a harvest of righteousness and peace for those who have been trained by it (Hebrews 12:11).

Despite being newlyweds, they took in two housemates to offset the rental payment. “There were times when I just wanted to kick everyone out. I was so done with it,” Jan said. But over the next three and a half years, she and Kevin kept at it. Eventually they bought a home, again took in housemates, and made the decision to wait to have children until the debt was paid. 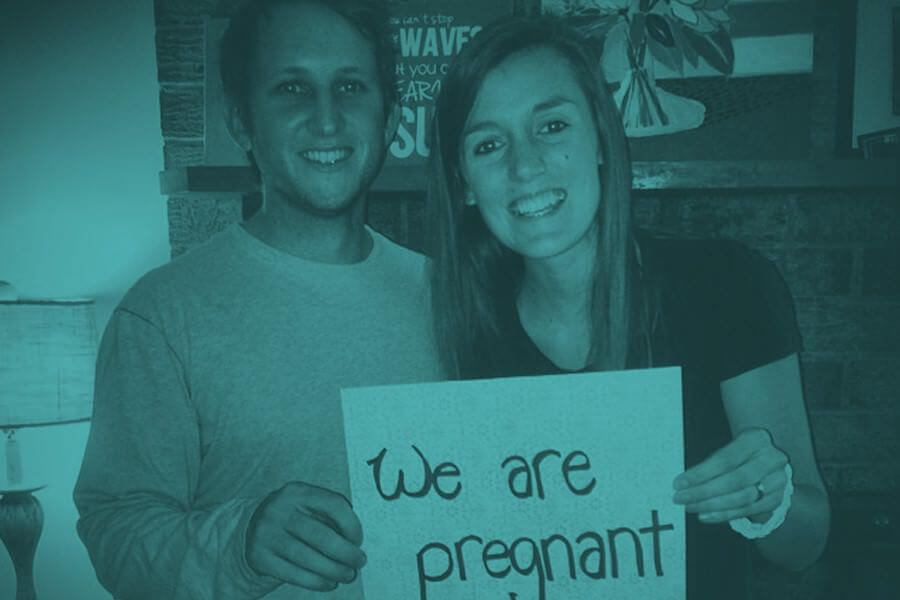 One night, they invited over close friends. Holding up the last loan paper, Kevin lit it on fire and burnt it to ash. Then Jan held up a paper of her own: We Are Pregnant!

Five years of marriage—both 27 years old—Kevin and Jan are free of the $55,000 loan, own two cars paid in cash, have a wonderful one-year-old son, and live in a home with no extra housemates! (A reward for getting rid of their school loans.)

Now they lead a Financial Peace table that includes recent graduates. Jan tells them, “You can do this, too. Right now! You don’t have to carry it into your 30s or 40s. And you don’t have to have a big fancy career to do it.”

Jan has the freedom to stay home with their son and work part-time doing something she loves. And whenever and wherever God calls them, she and Kevin will be ready…because they’re free.

And you can be, too.

Each day counts. We get to choose whether to live as God intended—and live like no one else.

The Power Of Camp