Black History Month is a celebration, a month of remembrance and appreciation of Black history and culture. It is a time—a jumping off point, really—for shining light on African Americans throughout history who made significant contributions to the world. In particular, we’d like to highlight a few of those who have helped shape modern Christianity.

Too many people’s stories and contributions remain hidden and we’d love to see that change. So let’s start the month by introducing you to Jarena Lee and Henry McNeal Turner. Have you heard of them? 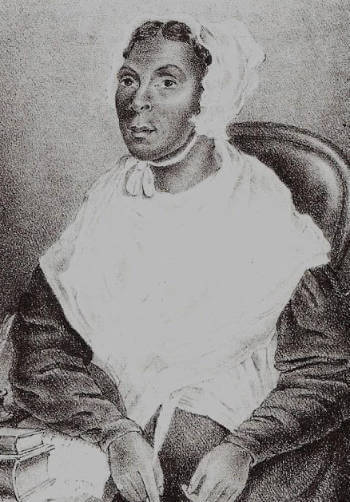 In 1807, when Jarena Lee, a free Black woman in her mid-twenties, asked her church in Philadelphia to allow her to pursue her calling to preach, Reverend Allen told her she could respond from the congregation, but only men could preach from the pulpit.

That wasn’t good enough for Jarena. “If the man may preach,” she later wrote, “because the Savior died for him, why not the woman? Seeing he died for her also. Is he not a whole Savior, instead of a half one?”

In 1817, after the death of her husband and four of her six children, Jarena broached the subject again with Reverend Allen—this time about preaching in the new denomination he had founded: the African Methodist Episcopal (AME) Church. But the rules were the same.

Then one Sunday when the scheduled pastor was unable to speak, Jarena stood from her pew and began to preach. She spoke so powerfully that Reverend Allen changed his mind—and Jarena became the first approved female preacher in the AME Church.

In addition to speaking from the pulpit, Jarena chose to become an itinerant, unpaid preacher, walking miles to spread God’s Word, especially to assembled crowds of African Americans. This was during an important time called the Second Great Awakening, a time of revival when the poor and minorities were anxious to hear the Gospel from one of their own. At a time when women couldn’t vote and slavery was still legal, this brave woman answered God’s call and blazed a new trail in ministry that generations continue to benefit from today. 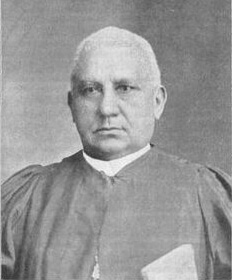 Henry McNeal Turner was born free in Newberry, SC, in 1834. His grandfather had been enslaved in Africa and brought to Charleston, but when slave traders discovered that he had royal tribal tattoos, they released him since it was against the law to enslave royalty. Having no way to return to Africa, Turner’s grandfather married and started a family.

Turner had a passion for education, and even though he wasn’t allowed to attend school, he taught himself. At the age of 15, he had already read the entire Bible five times, and at the age of 19, he started in ministry. He became a minister and eventually a bishop in the AME church and served in the Washington, DC, and Georgia areas.

During the Civil War, he helped to convince President Lincoln to enlist black soldiers. The president appointed Turner as the first Black chaplain for the United States Colored Troops.

Turner has been referred to as “one of the most skillful denominational builders in American history,” planting over one hundred AME churches in Georgia despite the violent opposition he faced. He built relationships with leaders in other denominations and worked to give women a more significant role in church leadership. He was also an influential politician and civil rights activist, speaking out against how Black people were treated inhumanely.