Black History Month is a celebration, a month of remembrance and appreciation of Black history and culture. It is a time—a jumping off point, really—for shining light on African Americans throughout history who made significant contributions to the world. In particular, we’d like to highlight a few of those who have helped shape modern Christianity.

Too many people’s stories and contributions remain hidden and we’d love to see that change. In Part 2 of our Black History Month series, we’ll introduce you to Charles Octavius Boothe and Thomas Dorsey.

“What a power the believers in Christ will be in this world, where such multitudes are hateful and hating one another, when they all come to abound in deep, pure, fervent love to God and to their neighbors!” -Charles Octavius Boothe, Plain Theology for Plain People 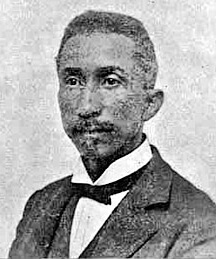 Born into slavery in Mobile County, Alabama in 1845, Charles Octavius Boothe learned to read illegally from teachers who were staying at the plantation where he was enslaved. After the Civil War, he worked as a clerk at a law firm where he began to study the Bible because of its importance in interpreting the law. Through exploring the Bible, he became a Christian and was ordained at the age of 23.

Boothe dedicated his life to helping African Americans grow in their faith and improve their status in society by teaching them to read and study the Bible. During his lifetime, he established literacy programs and helped to found Selma University in 1878. He also planted two churches, one of which was Dexter Avenue Baptist Church in Montgomery, Alabama, where Martin Luther King Jr. became pastor 77 years later.

In 1890, Boothe wrote Plain Theology for Plain People, a systematic theology book that made Christian doctrine accessible to people without higher education. He wrote the book to help rural pastors and sharecroppers grow in their faith and share their faith with others.

Contributions from African American theologians and faith leaders have often been overlooked. Plain Theology for Plain People is an important work that shows us that learning from diverse voices of faith only expands our knowledge of God and helps us see him from a different perspective.

Plain Theology for Plain People is available on Amazon.

“Every nation, every human being that came across earth had a song and sang in some way to their God.” – Thomas Dorsey 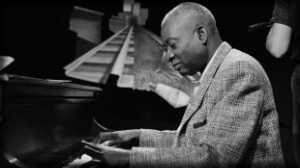 Thomas Dorsey was known as “Georgia Tom” and the “whispering piano player,” but he was most known for his contributions in the 1930s that earned him the title “father of gospel music.”

Born the son of a Baptist preacher, Thomas Dorsey grew up torn between Christian and secular values. But, after losing his wife and baby during childbirth in 1932, Dorsey found solace in his faith and began creating a gospel sound that blended his love of blues with traditional church music. Gospel music was born.

From a young age, Dorsey immersed himself in music. After dropping out of school in the fourth grade after a difficult family move to Atlanta, he learned to play the piano, and worked concessions at a local theatre so he could learn from the band. At seventeen, he traveled north with the Great Migration, finding success in Chicago as an after-hours piano player. “The whispering piano player,” played quietly enough to avoid police attention.

His songs Take My Hand, Precious Lord, written for the mourning service of his wife and child, and Peace in the Valley, have sold millions of copies in both the gospel and secular markets. He later served as the musical director for Pilgrim Baptist Church in Chicago until 1972.

Not Your Typical Couple