Honoring His Memory While Expanding Her Heart

Returning to The Basic School in Quantico, VA after a few days of intense Marine Corps training in the field, Shannon checked in her gear, and walked toward the comfort of her barracks. Even before showering, she checked to see if her husband, Jason, also a Marine, had emailed from Afghanistan. Scanning her new messages, she saw he had. The two communicated almost daily by email, and a once-a-week phone call to check in, talk about the future, and their two-year old daughter, Bella. In his message, Jason mentioned he’d made plans for them to attend the Marine Corps Birthday Ball, giving Shannon hope, as she looked forward to seeing him in a few months. 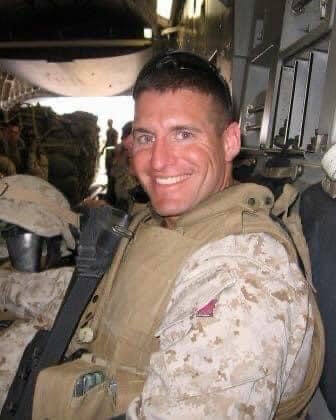 While unpacking, Shannon received word to report to her Commanding Officer. Although confused when her Platoon Commander arrived to escort her to the library, making small talk along the way, she was completely unprepared for what the Chaplain was about to tell her.

On July 17, 2008, her husband, First Lieutenant, Jason Mann, had returned safely to his bunker to sleep after an overnight scouting mission. As he slept, several British engineers worked down the line of bunkers, reinforcing them against RPGs by pouring large amounts of sand on each one. Reaching his bunker they were unaware that Jason was inside. Under the weight of the sand, the ceiling collapsed, killing Jason while he slept.

“It took a long time to realize this was real,” Shannon said “I had just gotten an email from him.”

The two had just begun their life together, married only three years. Much of their relationship had been long distance due to military responsibilities, but even with deployments to Iraq and Afghanistan, intelligence training, and Officer Candidate School, Jason and Shannon had been intentional about cultivating their relationship. They sent pictures of their day, detailing emotions and events, trying to feel as though they were experiencing the same things together. 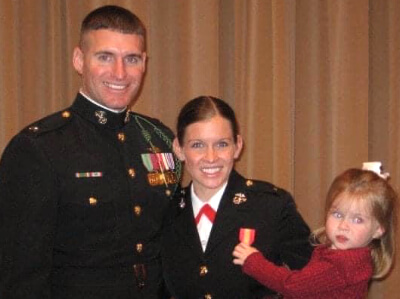 When Jason was stationed stateside, they often spent weekends at the ocean with Bella, collecting seashells. Treasuring their time together, each one of them kept a shell to remember the day. On their final family outing to a Virginia beach, they talked about Bella’s future wedding, and how their father-daughter dance would be to Somewhere Over the Rainbow.

Instead, the song was played during Jason’s memorial service.

In the days following Jason’s death, Shannon didn’t want to talk to anyone. It pained her to think about how to tell Bella. “I knew she wasn’t going to understand. It had been months since she’d seen him,” Shannon said.

“In a way, it seems selfish to want him to come back. It would be nothing in comparison to what he has in heaven.”

One day, grief almost overwhelming, Shannon grabbed Jason’s shirts, still carrying his scent, and wrapped herself tightly in them. She sat on her bed and opened the Bible. “Lord, just give me a word. Help me.”

God answered, but not with words. “I felt his arms around me, just holding me,” Shannon said. “A peace and calm, and a reassurance at that point. I knew I would be able to go on.” It comforted Shannon to know that Jason had accepted Christ, and that he was with Jesus. “In a way, it seems selfish to want him to come back. It would be nothing in comparison to what he has in heaven. If I didn’t have that faith, I wouldn’t be in the same space. Even though I miss him, I can rejoice, and I know I’ll be able to see him again.” 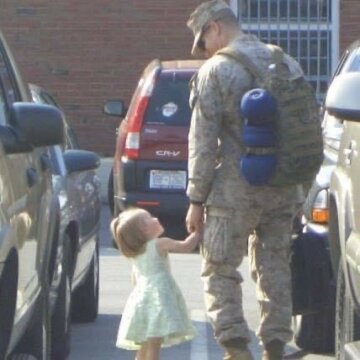 Feeling God’s presence gave Shannon strength and led her to realize, “I didn’t want Bella to grow up without a father, but I also didn’t want her childhood to be with a mom who wasn’t there and was sad all the time. I wanted her to be able to have a happy childhood and to grow up with his memory.”

Shannon had to make a choice. She wanted Bella to grow up with a present parent, but was still commissioned in the Marine Corps. “Back in 2008,” she said, “you were guaranteed to go to Iraq or Afghanistan, and I had to make the decision to stay in or get out.”

The choice was clear. Be there for Bella.

Once discharged for a family hardship, Shannon had the chance to raise Bella, and was given the space to process her grief. Shannon began taking Bella to Jason’s gravesite at Quantico National Cemetery in Virginia to commemorate Memorial Day, birthdays, and anniversaries. 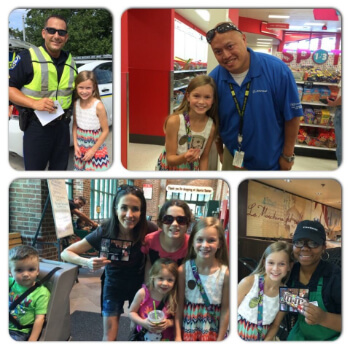 To recognize Jason’s selflessness, Shannon started an annual random acts of kindness project on July 17, Jason’s Angelversary, as she and Bella called it. They looked for ways to bless others throughout the day, like delivering treats to police officers, or handing out popcorn to kids. “He [Jason] made the world a better place, so we want to do that too,” Shannon said.

But the stories that friends told about Jason made an even bigger impact on their healing, making him come to life. The stories helped Bella know who he was, and to live like he was there with her growing up. With each story, Bella has a chance to learn more about her father.

“Jason was the epitome of a Marine,” Shannon said. “He was strong, with sound judgment, wisdom, and strength. He was an amazing mentor, humble, and personable. He made you feel at ease, but also commanded the room. He was a jokester—it comes with being a Marine.” 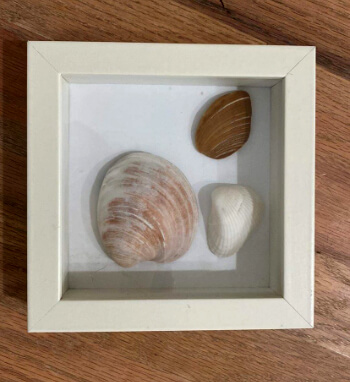 Although Bella was nearing her third birthday when Jason died, she had only been able to spend a total of nine months with him. But in that short time, Bella knew how much her father loved her through the videos he made her while deployed, and the stories told about him. Now Bella is 16 years-old. She has adopted some of his characteristics, like his humble and selfless spirit. “She has the biggest heart. Very humble, and always thinks about others,” Shannon said.

On Bella’s nightstand, sits a shadowbox containing her father’s seashell and the two others they collected on their final day together. Plt. Sgt. SSGT Sullivan found Jason’s shell in his personal belongings, and wanted to make sure to hand deliver it to Shannon, not knowing how much that meant to her and Bella.

A few years after leaving the Marines, Shannon accepted a civilian position as a Family Readiness Trainer, helping spouses and kids adjust to military life and sharing her story. One of her support tactics: help families find community.

Shannon knew firsthand that the people who supported her as she grieved had been vital to her—especially when starting over without Jason. She had been blessed with family and old friends from multiple military bases. And even people she didn’t know well—like the two women at church who greeted her when she was new, and showed up at Jason’s memorial service a few weeks later.

“Knowing that God has been faithful and will always be faithful, and staying in his Word, has helped me get through the hard things,”

His platoon felt the loss of their good friend, too—especially Joel Alvarenga, who had not only lost Jason, but also his best friend, Cpl. Cooper who died as a result of an ambush with Joel beside him. With Joel grieving the loss of his best friend, Jason, and adjusting to civilian life after three back-to-back deployments; at one barbecue he asked Shannon, “How are you doing so well? You seem happy.”

“I have a lot of support,” she told him, and explained about the people in the church she attended in Virginia, and about the Griefshare class that had helped her process the stages of grief with others who were also walking through it. “Knowing that God has been faithful and will always be faithful, and staying in his Word, has helped me get through the hard things,” Shannon said.

Joel, having grown up in church, knew about God, but after war and loss, he was struggling to keep his faith alive. Shannon encouraged him to try church, and called him every Sunday to see if he attended. They began to discuss the messages and encourage each other.

In 2011, as their friendship continued, they attended a Survivors Gala together, and after years of knowing each other, Shannon and Joel, each began to realize that it might be turning into something more than friendship. “Do I try entering into another relationship?” Shannon wondered. “I hadn’t seen anybody else in that light.”

“…that he would care about my happiness in his absence. It’s a true testament of his faith in God that he cared about me above himself.”

Later that night, she lay awake, wrestling with the idea of starting over, remembering Jason’s words prior to leaving for a deployment in Iraq. “If anything happens to me, I want you to remarry.” Shannon had shrugged off his somber words at the time, pushing aside any thoughts of remarrying being an option, but now, here she was, contemplating a new relationship.

“How selfless and sacrificial,” Shannon said, “that he would care about my happiness in his absence. It’s a true testament of his faith in God that he cared about me above himself.”

Nervous, but excited, she prayed to God, “If this is what you want me to do, give me a sign.”

Then, the quickest answer she’d ever received from God—a text from Joel—“I’ve been thinking about you all day.”

With that confirmation, Shannon and Joel started a new chapter, knowing it would be challenging with them both coming to the relationship with pain and loss. They also considered how they met—Jason. “What would people think?” But, they received support from friends, and both sides of their families, and unsurprisingly, Jason’s too.

One year after they started dating, in June 2012, Jason’s mom and Shannon’s dad walked Shannon down the aisle to meet Joel at the altar. “Before I made the decision to date Joel, I was worried at the thought that someone would replace Jason, and that kept me from dating” Shannon said. “But, what I learned was that Jason will always have a special place in my heart and a love that is completely different than Joel’s place in my heart. Our hearts expand.”

Beginning again with someone who also loved Jason and grieved his loss, Shannon and Joel are both the comforted, and the comforter, at times. They have found a way to create a new story, with love that didn’t seem possible after such a devastating loss.

Shannon and Joel have expanded their hearts even more, giving Bella three younger brothers and creating their own memories over the past ten years, while also ensuring that Jason is a part of the family, never leaving him behind. 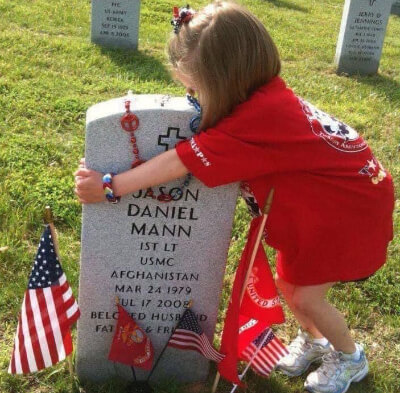 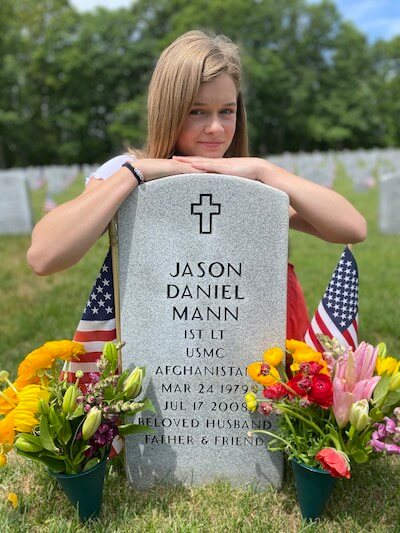 He Was Always by Her Side