Hope Can Spring From Your Darkest Moments

God sees all of our potential—even when we don’t. Sometimes we have to take a step of faith and serve others before God will reveal a new path to us. Is the path you’re on, the one you expected for your life?

At 5 1/2 months pregnant, Josefina could hardly walk because of the pain. The doctor assured her it was nothing. Yet, Josefina’s son was born January 31, with his due date, May 11.

For several months, Josefina endured watching her tiny son breathe through a respirator in the Neonatal Intensive Care Unit (NICU). Initially his heart calmed when she or her husband touched him. But then, she noticed him begin to flinch. Something was wrong.

The doctors needed to do a spinal tap on Moises (Moses in Spanish). “But he was so small,” Josefina said. “And they could only give him Tylenol. He’d be in so much pain. That tore me apart.”

Growing up, Josefina saw God as a drill sergeant with a bunch of rules rather than as a loving father, but prayer was the only thing left. “I said, ‘God, if you’re doing this to keep me sane, please just take him home. Don’t keep my son here in pain.’ I cried out and felt this warmth—this peace. For the first time in my life, I felt the Holy Spirit.”

The spinal tap revealed a curable infection, and Moises came home from the hospital just before his originally scheduled due date. Within a few months though, Josefina discovered she was pregnant. Upset because she was giving Moises so little time with just her, she fell into depression—a condition she’d struggled with most of her life.

“I cried out and felt this warmth—this peace.”

When her daughter, Athena, was born, Josefina couldn’t connect with her at first, and guilt weighed on her. “I started thinking my family would be better off without me. Then my husband and I had an argument over something stupid, and I lost it. I went into my closet with a kitchen knife. I was going to end my life.”

Just as she touched the sharp edge to her wrist, images of her husband and children raced through her mind. She paused, “Is that you God?” and blacked out.

“I knew I needed help. I went to a psychologist—and things improved, but I needed something more.”

“A friend invited me to Seacoast before I became pregnant with Moises, but I only went on and off because I felt guilty leaving the traditional type of church I’d grown up in, like it was wrong of me. But after what happened, I promised myself I’d put God front and center in my life. I’d start by attending Seacoast regularly.” 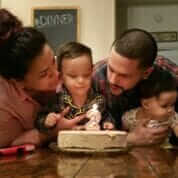 Josefina and her family.

Introverted by nature, and socially uncomfortable from years of being picked on at school, Josefina had a hard time reaching out to people. “Growing up, kids picked on me for how I looked…I’m very clearly Hispanic and grew up in a town where people were extremely racist toward my family and me…and because I’ve always gravitated to people older than me, our mindsets more similar.”

“I made myself attend the Inside Track,” she said, “even though I imagined everyone judging me—that I wasn’t holy enough, or churchy enough. I enjoyed Inside Track, and took the next step to volunteer in the café and info center. I wanted to join a small group, but couldn’t find one for moms. I was actually shaking when I asked the pastor about forming one. He told me he’d been praying for months for someone to start a Moms’ group! So that’s what I did.” 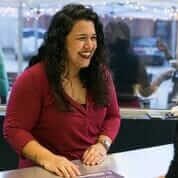 “I have a whole new view on God and people. I don’t see everything through a negative filter now. I see it’s about relationships, not religion.”

Recently, Josefina began TLC (Tender Loving Compassion), a ministry to support parents of infants in the NICU. She raised money to fill 25 gift baskets with toothbrushes, snacks, Bibles, journals, restaurant gift cards, and a handwritten note with the verse:

So do not fear, for I am with you; do not be dismayed, for I am your God. I will strengthen you and help you; I will uphold you with my righteous right hand. Isaiah 41:10

“At MUSC, “ Josefina said, “there are 30 beds on the first NICU level. I’m hoping to expand our ministry to the other two levels soon.” 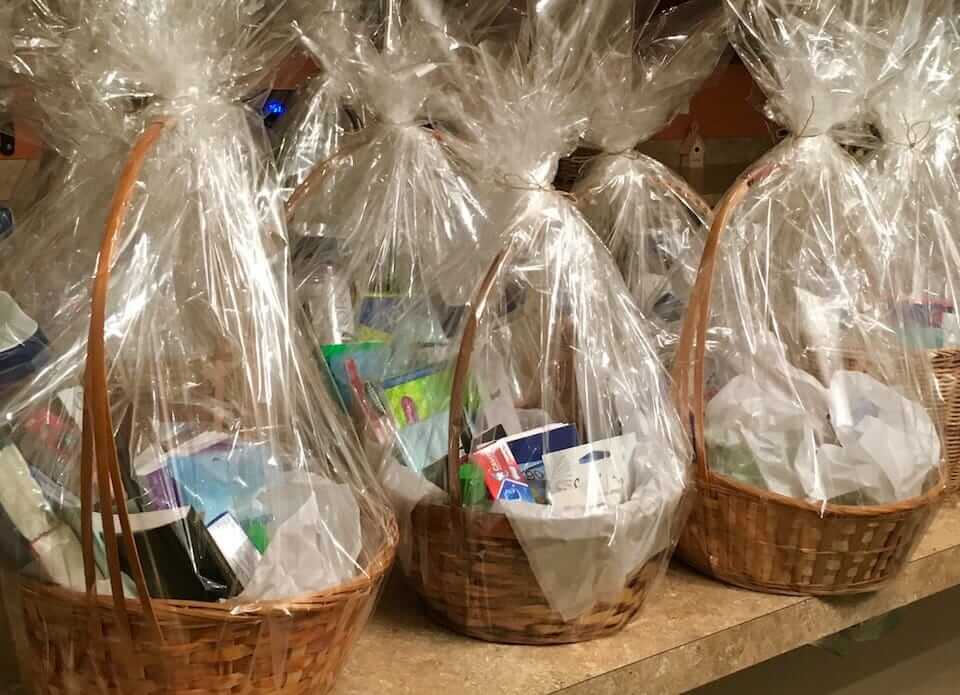 “It’s about relationships, not religion.”

“I’ve become so hungry for God. I joined Sisterhood and became a Dream Team leader—and it helped me realize I want to go into women’s ministry…become a pastor. I received a partial scholarship to attend SEU Seacoast, but I would need more than a partial to go. But I trust God has his timing. I’ll keep serving and inviting neighbors, family, and friends to Seacoast. Whatever way I can, I want others to know the inexplicable peace that only Jesus can give.”

What about you? What next step do you need to take? For more information on finding the best place for you to serve and use your gifts, click here.

3 Tips for Understanding What Jesus Said