And They Lived Happily Ever After…

by Rick and Dianna Kirkpatrick February 10, 2022

When you began your relationship, did you think life together was going to be just like the fairy tales? Are you living the happily ever after? If so, good! End of story. Roll the credits. But for the rest of us…

Marriage is an incredible blessing…but you’ve probably already discovered that it takes effort beyond that early magical time to build a life together. It’s not a seamless process to learn to live with another person and navigate personalities, paychecks, and daily worries—not to mention once you have little crumb-crunchers. 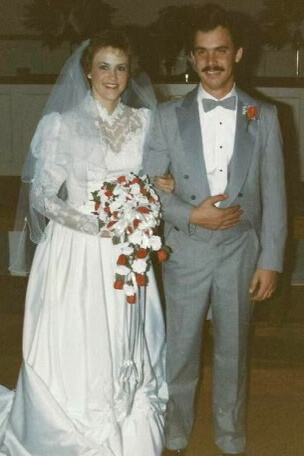 We have been married for 37 years, so we’ve learned a thing or two about commitment in marriage—and that’s even after not liking each other when we first met.

Rick: I met Dianna and instantly fell in love! Not hardly. Dianna was more interested in talking to my roommate. One Monday night, my roommate and I invited friends over to watch a football game on TV. Dianna came with a good friend of mine and his girlfriend. Our mutual friend introduced us, but we both ignored the other for the rest of the night.

Dianna: I thought Rick was with another girl, so didn’t pay him any attention. I knew Rick’s roommate from playing softball, so for most of the evening, I talked to his roommate about family, friends and softball.

Rick: I wasn’t looking for a relationship, much less getting married. I was recently divorced and had a young daughter from that marriage. But Dianna and I ended up hanging out in our group of friends. Within a month, we realized we were interested in each other.

After our rocky start, we did have that magical time of falling in love, joining our lives, and having children. Of course, we also had our share of difficulties: a house fire, a serious car accident, a promised promotion fell through. There was illness, work stress and pressure to be #1…and then raising teenagers (enough said).

Dianna: In 2000, we found Seacoast. We volunteered, we started to tithe, we joined small groups. Our relationship with God and each other really grew. So five years ago, I was surprised when Rick wanted us to go through re|engage. Why go through a 16-week marriage course? Our marriage was strong. We loved each other. I refused.

Rick: It took a lot of persuasion to get Dianna on board to go to re|engage. We had a good marriage, but I wanted a great marriage! I had seen a video at church of a couple we knew, talking about the re|engage ministry and the miracle it did in their marriage. They said it made an incredible difference. I wanted that not just for Dianna and myself, but for our family. We have three adult children and five grandchildren. I wanted them to see our marriage as an example, to use our successes and setbacks as a roadmap. 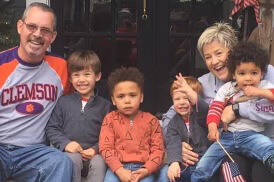 Dianna: Eventually I caved in, but I planned to use this as an “I told you so” moment later.  At our first re|engage meeting, we were asked to grade our marriage on a scale of 1-10, (10 being the best). We both said our marriage was an 8. We quickly found out our marriage wasn’t as healthy as we thought. Although I was putting God first in my life, I wasn’t putting Rick second. I was letting the kids, the grandkids, work, life—everything else—come before Rick.

Rick: I realized that I wasn’t putting God first in my life, and I certainly wasn’t putting Dianna second. Work and other things came first. I needed to work on my priorities.

Rick and Dianna: Re|engage has given us the tools, the instructions and the support to reorder our priorities. Is our marriage perfect now? Not by a long shot. It’s always a work in progress. We are now facilitators with re|engage. We’ve led 4 groups (18 couples). Every time we go through the 16-week course, we learn something new and valuable about our relationship.

Making an effort to celebrate your relationship on Valentine’s Day is probably a good idea (are you listening guys?) But really, each one of those regular days together is what’s worth celebrating.

Every marriage has room for improvement. Re|engage gives you a safe place to work on your relationship together, regardless of whether your marriage needs saving or you just want to take it from “good” to “great.”