As soon as her dad dropped her off at church and his car turned the corner, Kayla, then in middle school, would leave to go see her boyfriend. She had decided she was an atheist. Most of her friends weren’t believers, and she was deep into a lifestyle of drugs and alcohol.

“I was pretty much destroying my life,” Kayla said. “By the time I moved from prescription drugs into cocaine, I didn’t want to live any more. One day, I texted my friends, desperate, but none of them answered. They weren’t there for me. It was part of my wake-up call.”

“My high school boyfriend sometimes went to Seacoast,” Kayla said, “He used to tell me, ‘You’re not an atheist. You’re just angry at God for the bad things that have happened to you.’ And I realized he was right. There were lots of things I was mad at God about. My parents got divorced when I was a baby, and they each got remarried—and divorced again before I reached my teens. When I was 11, my first boyfriend, who was the same age as me, was abusive. That abusive relationship led to a series of bad relationship decisions. And then, my mother died from pancreatic cancer when I was 13.”

”You’re not an atheist. You’re just angry at God…”

“My high school boyfriend had gone through an 18-month rehab not long before we’d gotten together. But because of me, he relapsed into using drugs and had to return to rehab. I wondered how I had become this person. I was causing someone else to live this life that I hated. I didn’t want to be that kind of person anymore.” 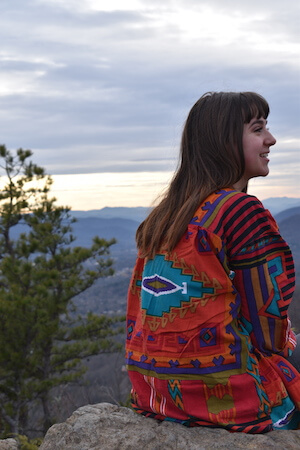 Unsure what else to do, Kayla signed up for Custom Summer Camp 2015 in her freshman year of high school. “I told myself if this doesn’t work, nothing will.” The first night of camp, Pastor Jon Hohm talked about awful names kids call themselves—but how God has a different name for each person. “I had some serious labels for myself,” Kayla said. “Horrible labels.” But during response time, Kayla chose a white stone from the buckets lining the worship space and received her new name in Christ: Overcomer.

“I get it, God,” she said. “I hear you. That’s me! It was the first time I’d experienced the Holy Spirit.” And the next night, when the speaker called people to the altar, Kayla went and knelt down, hearing God say, “It is finished!” Kayla gave her life to Christ. “People prayed over me,” she said. “I never had that before…all this love and acceptance.”

But giving your life to Christ doesn’t mean an easy road lies ahead. After almost a year sober and clean, Kayla still felt the pull of old habits. “I was so disgusted with myself. When my mentors called, worried about me, I didn’t want to talk to them. And these women, like moms, cared about me! But I was too ashamed.”

Kayla didn’t go to summer camp that next year, but went to stay with family in Georgia to be away from certain influences. When she did return home, she attended a Custom One Night gathering. “Salvation is such a gift,” she said, “but I felt like I’d squandered it. I prayed to God, telling him how sorry I was, begging him to take me back. I kept repeating, ‘I surrender. I can’t get myself out of this.’ He was my last hope, my lifeline. I learned that night that nothing can separate you from the love of God.”

”I kept repeating, ‘I surrender. I can’t get myself out of this.” 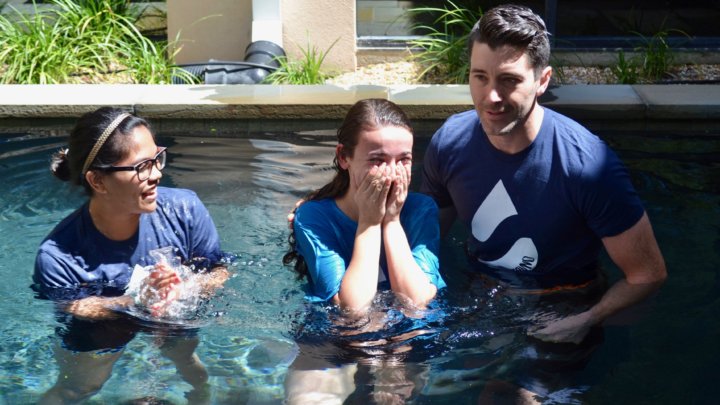 “Summer camp in 2017 was about solidifying my faith. God had already saved me, but this time around, camp helped me come to terms with my past. I didn’t want to be a victim anymore. God told me to bring it all into the light. ‘We have ground to take, Kayla. C’mon.’”

During campus breakouts, Kayla had the chance to tell her story to other girls. “The freedom to talk about hard things is beautiful. I had real friends. We lift each other up. We are a collective force for Christ.”

”We are a collective force for Christ.”

Why go to Camp?

“I first went to camp as a last-ditch effort—and it was the most rewarding thing in my whole life. I’m going to SEU Seacoast campus in the fall for ministerial leadership. Finally…I know I’m capable of good things.”

What about you? Hundreds of lives like Kayla’s are changed at camp. Many of these students wouldn’t be able to attend camp without the generosity of others who give to the Summer Camp scholarship fund. We never want the cost to be the reason students can’t attend. You don’t have to be a parent to change the lives of students at camp! Please consider giving to our Summer Camp scholarship fund. Every donation means more students can experience one of the most important things we do all year.