The Unrecognized Sides of Prejudice

Sometimes we don’t realize the assumptions we make, the stereotypes we blindly accept, the divisions we create. In our Where’s the Love? series, we are talking about ways to overcome these hurtful divisions.

When I became engaged to a white man, many people asked if my fiancé’s family accepted me. I was surprised they’d ask such a question. Did they make that assumption because as a Black woman, I was the minority in the equation? Or was it because they thought only people that are part of the majority form prejudices? They assumed my family would outright accept my fiancé. But it was actually my family that took a little time to come around. 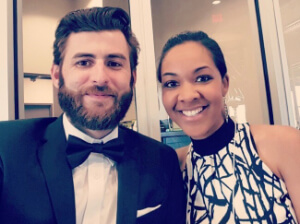 I would never try to speak on behalf of all Black women. Being part of a biracial married couple, my perspective is vastly different than most. My husband and I do not yet have children, but we think a lot about the conversations we will need to have with them. What do my kids need to know? What do we all need to know?

When sin entered the world, dividing us from God, it also immediately began dividing his people—you see it even in the first family with Cain and Abel. Separateness. Self. The beginning of the labels “us and them, and “those people over there.” It has turned easily into: Why don’t they just get a job, why don’t they just move to a different neighborhood, why don’t they just enroll their children in a better school? It’s not a problem until it’s your problem and it is indeed our problem.

What I know: God created us all in his image (Genesis 1:27). In God’s economy we are all created equal no matter the hue or hair texture. We all matter to God and are loved by the creator of the universe.

I graduated #4 out of 354 students in my high school class, but a colleague in my undergraduate summer research program once said to me, “I can go home to my dad and tell him I finally met a Black person who was smart.” Wow. I was heartbroken and flabbergasted all at the same time. I had studied hard, taken all the tests, got accepted into college, and an undergraduate research program, and yet my skin color still made me susceptible to such comments. It seemed as though on the outset, I would never be “good enough” because all some people chose to see is a “unintelligent Black girl” with parents who only finished high school. Along my journey there were so many questions about how I “made it” or finished graduate school.

What I know: God created me. It doesn’t matter how others label me because I belong to the King. When I think about how God created me, it begins to put an end to thoughts like “My hair is too big” or I talk “too loud” or “I’m not smart enough.”

A good friend admitted he often felt the need to protect his wife and children if he pulled up next to a Black man with rims on his car at the gas station. He imagined the Black man was likely a drug dealer and a threat to his family.

I told my friend and his wife, that I, in fact, had lived next to a kingpin drug lord as a child and he did not drive a car with rims. I thanked my friend for his honesty in sharing his perspective and for seeking to understand mine. This was a conversation between four friends. It was never about who was right. It was about loving each other well and attempting to learn about each other’s perspectives so that we could become better at loving each other.

What I know: “For he himself is our peace, who has made the two groups one and has destroyed the barrier, the dividing wall of hostility,”

My husband asked Jesus into his heart well before we met. His parents taught him to love everyone and that Jesus modeled how we should treat others. He did all things imaginable to build a bridge between our cultural backgrounds. He sought to understand who I was in Christ first, then about my cultural identity by asking questions, not making assumptions, and reading books, such as The Bible, Between the World and Me by Ta-nehisi Coates, and The New Jim Crow: Mass Incarceration In the Age of Colorblindness by Michelle Alexander.

Reading books and really talking to people about their lives and perspectives offers us windows into what it’s like to be them. It helps us become more compassionate and understanding.

What I know: “After this I looked, and there before me was a great multitude that no one could count, from every nation, tribe, people and language, standing before the throne and before the Lamb,” Revelation 7:9.

The good news is that Christ died for all, and we are unified.

What about you? What assumptions are we making that hurt people? Join us for our Where’s the Love? series as we discuss how to overcome issues that try to divide us.

The Importance of Connection