I remember the first time I met Allen. In Winter 2022, I went outside to greet our first guests on opening day of the Seacoast Church Warming Shelter at the West Ashley Campus. Many of them had been waiting in line for over an hour. The thought of opening night made me nervous, but Allen’s contagious smile put me at ease. We had a brief conversation before I continued to greet other guests. 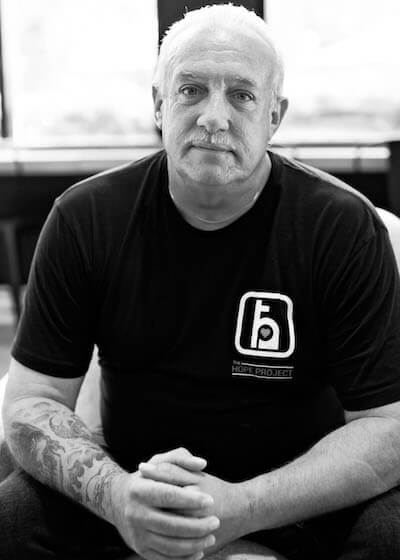 During that conversation, Allen talked about how he had been struggling with homelessness for the last eight years, and that while he knew of God, there was no connection. “When I lost my connection to God, addiction, substance use—a constant battle between good and bad followed,” he said.

Allen was honorably discharged from the United States Army after serving three tours in the Middle East. Following his service, Allen landed a fantastic job, making six figures at a prestigious university out West. But, “I started using drugs to cope with what I had experienced overseas,” Allen said. “For a while, I was a functioning addict. I was working and making good money, but living in my car.”

Allen spent the next few years in and out of recovery programs, barely surviving before being gifted a train ticket to South Carolina. Three days after arriving, while at the downtown Charleston train station, Allen was handed a flyer for the Warming Shelter. “I figured I’d show up, get some food, and leave,” he said.

“When I lost my connection to God, addiction, substance use—a constant battle between good and bad followed.” — Allen

In the past, Allen had felt let down by the Church and the systems that were supposed to be helping him. “I knew the system well: they fed you or gave you something, then they moved you on,” he said. “They do not want a relationship with you.”

After visiting the Warming Shelter, Allen was overwhelmed by the love and security he felt there. His view began to change as he saw relationships forming—from the people who served him food to the security volunteers. “It was the most beautiful thing in my life.”

Allen finally felt safe. He was able to reflect on his life rather than live in survival mode. “In those moments, I was able to reach inside myself to find the strength to go back to work,” he said. “Living on the street is scary because you begin to lose touch with your humanity. The volunteers at the shelter pushed me to the other side. A happy, joyous, and liberated side. I am now completely free.”

“I prayed to God to heal me, and I finally felt like I was going to be okay.” — Allen

An Invitation To Freedom

To solidify his freedom, Allen recalls a security volunteer, Micky, inviting him to church after the shelter closed on Sunday morning. “I was shocked that I was invited to the service,” Allen said. “People rarely invite us into their space. I went to the service and began sobbing. I prayed to God to heal me, and I finally felt like I was going to be okay. That day, I surrendered my weapon to security not because I didn’t need it, but because I was no longer afraid.” 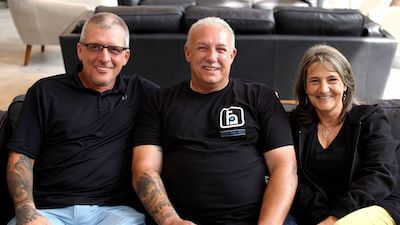 By allowing volunteers to connect him to new opportunities, Allen landed a great job with the city only two weeks after arriving at the shelter. He’s already been promoted, found an apartment of his own, and has formed friendships.

One unexpected friendship came from the Warming Shelter—Matt and Beth, a couple who served at the shelter almost every night the door was open. They’ve become Allen’s mentors, but they’re also like family to him now. “I wouldn’t be here if it weren’t for them. I think about them and the shelter volunteers every day and want to make them proud. My life is surreal. I wouldn’t change anything about my story. I love my life now. I nearly died trying to obtain this life, but God made it all possible.”