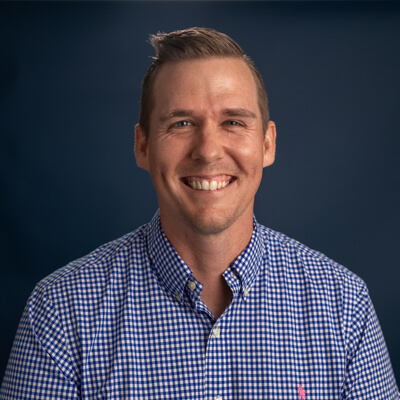 Matt was raised in a small town in Central Illinois prior to joining the Navy when he was 22. That same year, in 2006, he and his new bride Stephanie arrived in Charleston and were invited to Seacoast. From day one they loved it, and although their time in Charleston was brief, there was a deep desire to one day return to Seacoast.

Military life took them around the country and the world, but God had plans to bring them back. After his time in the Navy, Matt attended Moody Bible Institute and Moody Theological Seminary, and returned to Seacoast in 2015.  He has been a Small Group Pastor as well as his current role as Campus Pastor of the Columbia Campus.

Matt and Stephanie have three kids- Josiah, Leia, and Gibson. Matt considers himself a Star Wars aficionado and ultimately, a big kid at heart. Serving at Seacoast is a dream come true each day for the Benton Family.